Five Things You Can Do to Resolve Conflicts

Wars are the most expensive since they not only cost a lot for ammunition, tanks, artillery, and other war paraphernalia—they cost lives. World Wars I and II have marked the world history of how humans can sacrifice lives just to showcase power, feed their egos, and fight to the death for their beliefs. There are still wars going on in some countries around the world. We are fortunate not to be caught up in such carnage. However, when you live or work with others, you will inevitably face conflicts. We are humans, after all. So how can we resolve conflicts with others?

Determine the source of conflict

Even with the scientific method, the first step is to identify the problem. We are not to point fingers but to pinpoint what caused it. Was it really this, or was it triggered by a thing until it snowballed into something else? The more information you have about the source of conflict, the better the chances you have at arriving at an immediate resolution. If it involves personal conflict, you can ask the other person why they felt or acted in a certain way. If it’s work-related and you have to mediate, take time to hear both sides so you can have a better assessment of the situation and suggest a solution.

Think from the others’ perspective

It takes two to tango, so if you really like to fix it, you will have to ponder why the other person is being that way. Try to set aside your own judgment and put yourself in their place, and you will have a better grasp on how to go about the problem.

Word exchange amidst a conflict can either extinguish the fire or even add fuel to it. Hence, we better learn how to choose the right words that will result in the former. 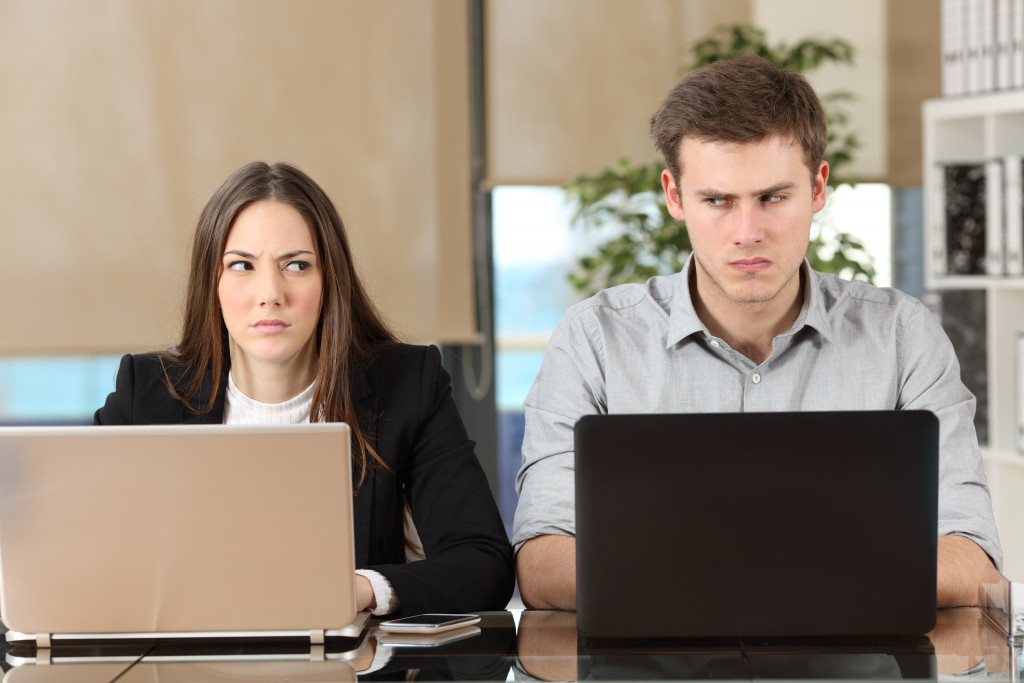 Here are some phrases you can use:

Come to a compromise

Once you have already talked it out, make a compromise since both parties have their role to play. Determine what needs to be done so that the same problem will no longer arise.  And if the resolution still seemed to be getting out of hand…

Seek professional help and avoid legal battles at all costs

If you still find yourself in bad blood with someone, you can avail of arbitration and mediation services instead of going to court. Legal battles are a pain. It drains energy, time, money that could be better spent on other essential things. Why see each other in court if there is an inexpensive way where everyone can go home happy? Well, happiness is not assured, but it can potentially save many resources and the relationship.

Resolving conflict is a soft skill that every individual must learn or even master. Imagine how many lives could have been saved had those who held power during the world wars have conflict resolution skills? Anyway, there have been a lot of lessons learned from such a painful page of history. We have global unions for peacekeeping. Let’s also start from ourselves and constantly aim to make the world a better place.